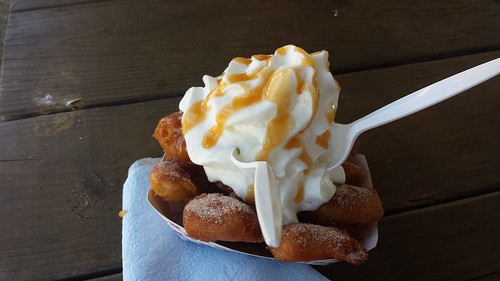 Because these things are amazing. I was really looking forward to trying them. They did not disappoint. You can keep your deep fried twinkies, butter, snickers bar, or whatever. I want these babies. 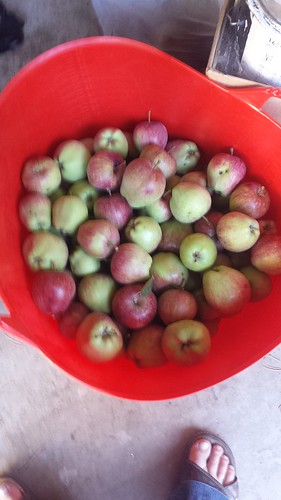 And I’m staring at my bucket of apples thinking. . .mmmm. . . apple pie fries.

Every so often I do still haul out the wheel and spin something. I’m trying to get into the hang of spinning on a more regular basis. 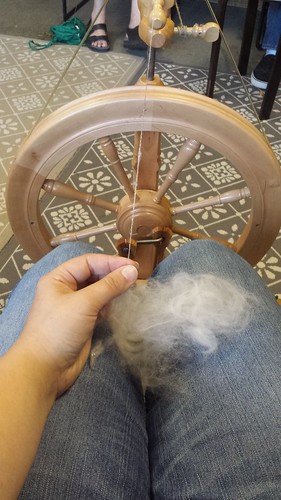 I pulled out some of my stash of English Angora rabbit fiber (from my chestnut doe Deirdre) and started working on a very fine single. Eventually, I will make it into a 2-ply and maybe enter it at the ARBA Convention. I’m being harassed pretty regularly about that kind of thing. 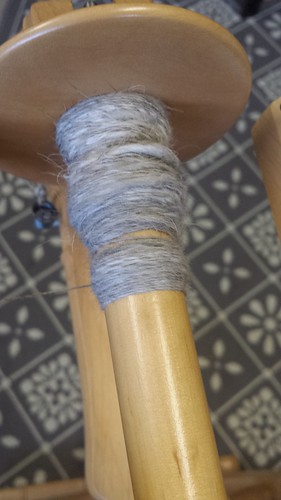 It wasn’t entirely a jam day, so I had to name it something else! 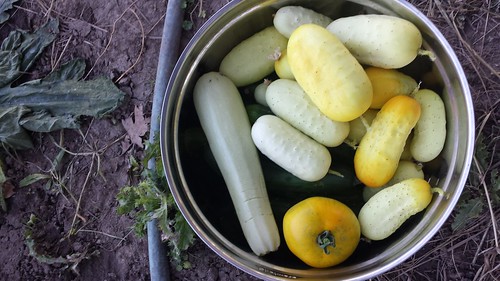 Some cucumbers from the garden. 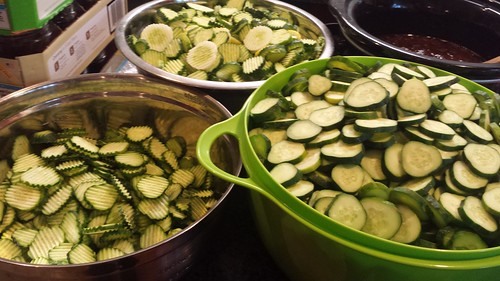 Which I combined with a purchased box of pickling cucumbers and Shannon sliced. 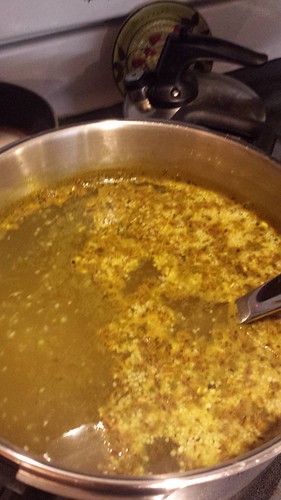 Which we then made some lovely brine for and packed into jars. Lots of jars. 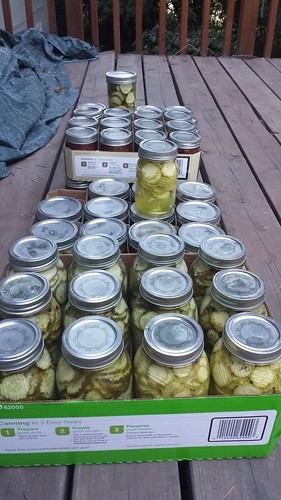 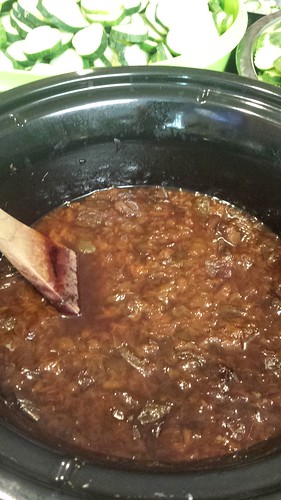 I made some plum butter and sour cherry jam as well. It was a busy kind of day. Plus, I sliced 6 trays worth of plums and dried them in the dehydrator. No photo of those, because I was busy making tomato puree too. 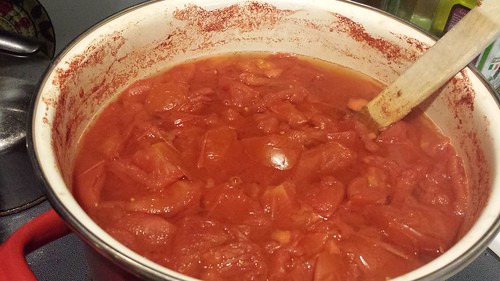 I bought a box of tomatoes to supplement my crop. I just wasn’t sure I would have enough for all of the puree that I know we will use. 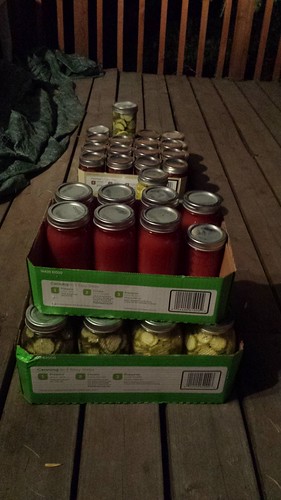 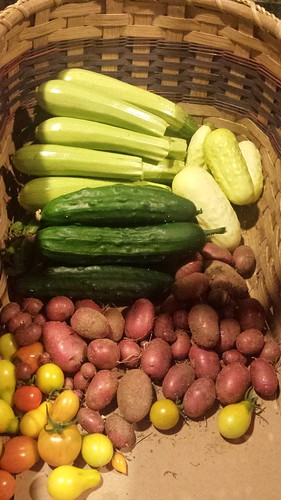 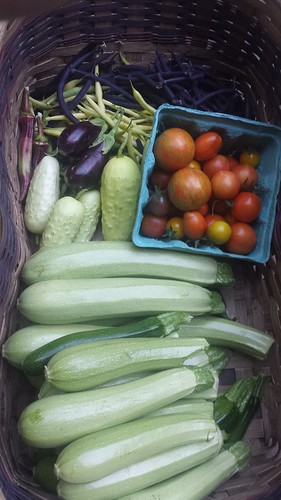 Cucumbers, zucchini, green beans, tomatoes, eggplant, okra, and some potatoes. I am enjoying myself so much. The garden is a lot of work, but I really do love the produce and how healthy I feel from digging around in the dirt. Plus. So. MUCH. Satisfaction. Building a dish or a sauce with things I have grown. I’m sure there will be a few more photos of the lovely garden produce before the season is over!

The second Sunday of the month is when BlackSheep hosts a crafting group at the Orenco Station Farmer’s Market. I had the honor of leading the group last month. So, I set up the tent, decorated a bit, and waited for someone to show up. 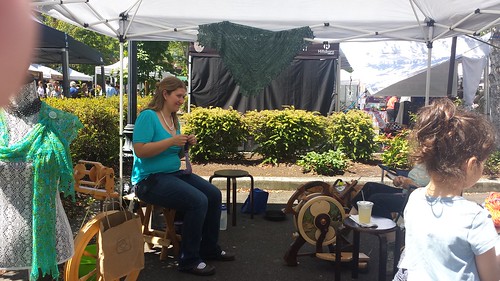 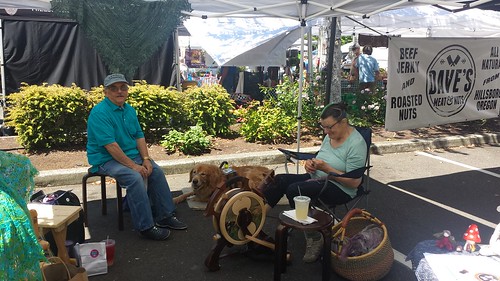 Knitting, spinning, and sampling our way through all of the booths. 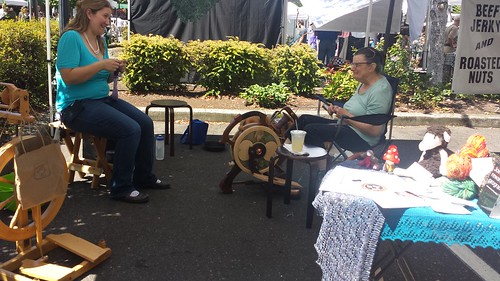 It was a great day.

Most of the produce on this pizza came from the garden and it makes me happy.  The zucchini, onions, tomato sauce, tomatoes, and basil were all from my garden. 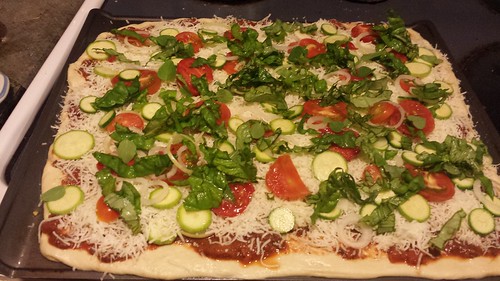 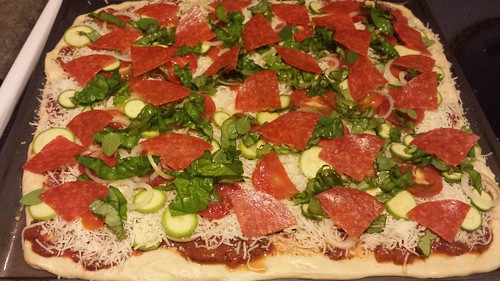 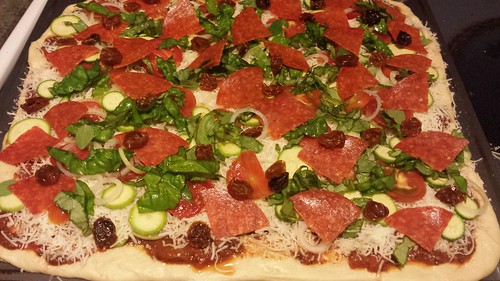 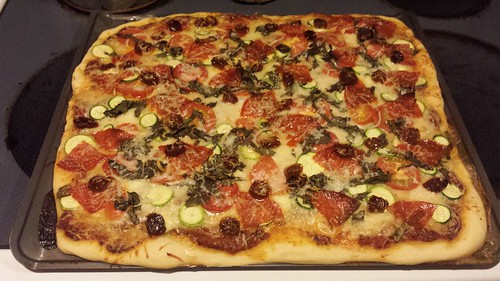 It was really yummy. 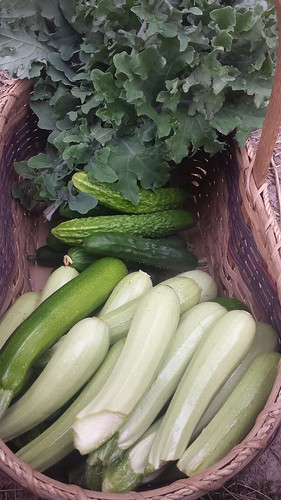 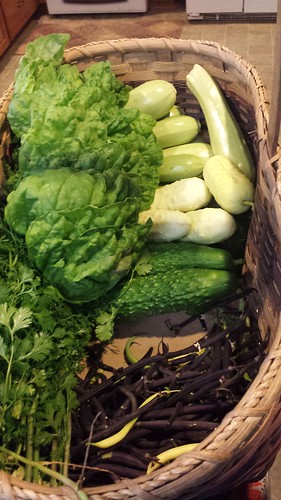 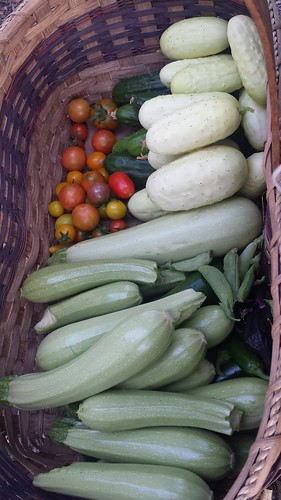 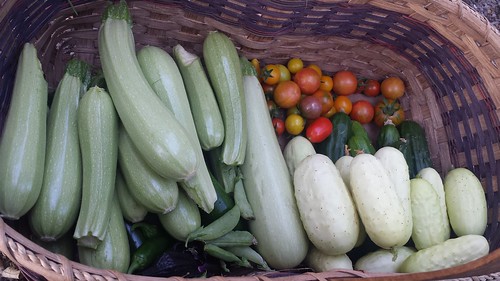 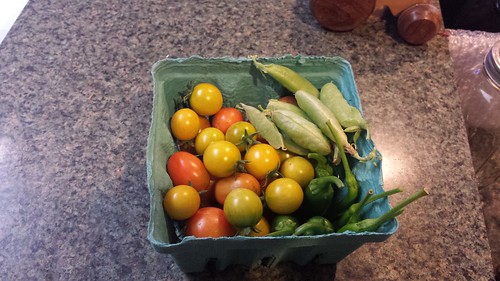 There are so many zucchini and cucumbers coming on.  The tomatoes are just starting to really produce.  As there are no gophers in garden this year, my green beans are still growing and producing.  I just blanched a bag of beans over the weekend and tossed them in the freezer.  The jalapenos are beginning to really produce.  Of course, I have lots of kale and some basil and cilantro.  It has been a lovely year in the garden and I’m looking forward to eating form the garden all winter long.  🙂

All content and images on this site and related sites published and managed by me (Flickr, Ravelry, etc.) are content protected. Images and content may be used only with permission of the author/owner and if credit is given. Copyright 2006-2016, Kelli, Knitter Bunny™.
Knitter Bunny's™ Dutch Rabbits and Yarns
Blog at WordPress.com.